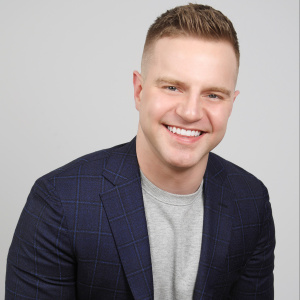 During his tenure as a producer, Tyler Mount has been the recipient of three Tony Awards, a Grammy Award, an Olivier Award, two Outer Critics Circle Awards, two Drama League Awards, a Drama Desk Award, and a GLAAD Media Award. His years of experience span Broadway, off-Broadway, and regional theater. His Tony Award for Once on This Island (Best Revival of a Musical) made Tyler one of the youngest Tony Award-winning producers in history. In October of 2020, Tyler received his third and fourth Tony Award nominations making him the youngest individual producer to be nominated for Best Play, Best Musical, Best Revival of a Play, and Best Revival of a Musical.

As an industry-leading digital strategy expert and owner of Tyler Mount Ventures, a digital agency specializing in social media strategy for the world’s most influential thought leaders and celebrities, Tyler has managed digital campaigns for Biden for America, NBC, Playbill, IBM, Hilton Hotels, Sofitel, T-Mobile, the Tony Awards, the Grammy Awards, the Olivier Awards, and countless others.

Tyler’s digital strategy expertise can be seen throughout the nearly two hundred videos he created for Playbill’s The Tyler Mount Vlog, a web series that has been seen by over 25 million viewers in 168 different countries. Guests included Lin Manuel-Miranda, Gloria Estefan, Billy Porter, Perez Hilton, Jerry Mitchell, and Ali Stroker. Tyler has been profiled in dozens of esteemed publications including The New York Times, Forbes Magazine, and Out Magazine.

Tyler’s Broadway/West End credits include: Hadestown, Frankie and Johnny in the Claire de Lune, The Inheritance, Once on This Island, On Your Feet! The Story of Emilio & Gloria Estefan, An American in Paris, ¡Viva Broadway! Hear Our Voices: Gloria Estefan LIVE!, and The Acting Company’s 2014 benefit concert of The Cradle Will Rock, starring Patti Lupone. He is currently producing the United Kingdom tour of Dream Girls, which is scheduled to make its triumphant return to Broadway in 2023.

Likes:
0
Categories:
Staff
Previous LinkEmma Goldberg
We use cookies on our website to give you the most relevant experience by remembering your preferences and repeat visits. By clicking “ACCEPT ALL”, you consent to the use of ALL the cookies. However, you may visit "Cookie Settings" to provide a controlled consent.
Cookie SettingsREJECT ALLACCEPT ALL
Manage consent